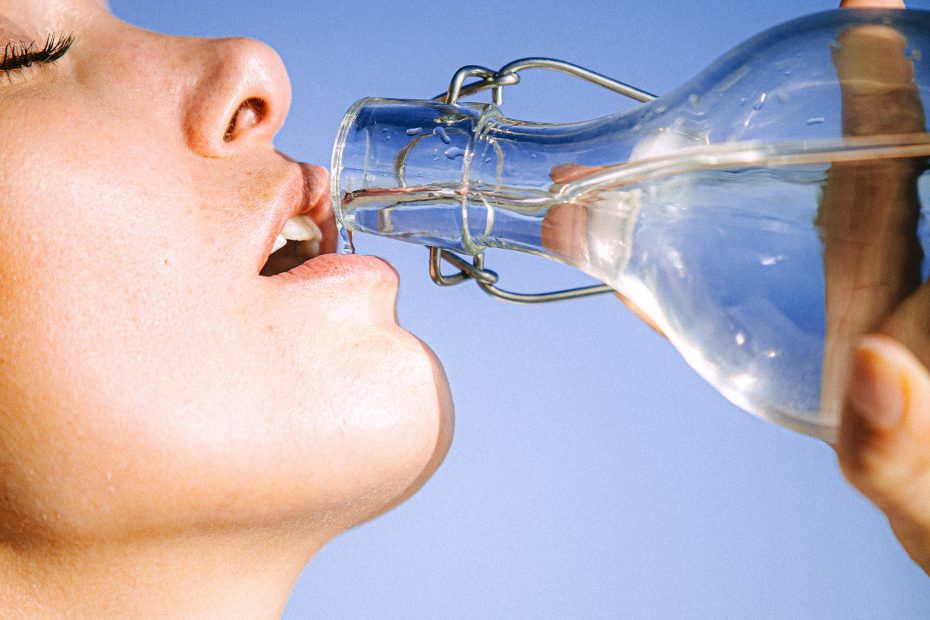 How To Be a More Sustainable Diver?

We can do many things as divers to help protect and preserve the natural beauty and diversity of our underwater world for future generations. This blog will discuss tips for becoming a more sustainable scuba diver. Don’t Touch Anything Underwater It is best to view marine life from a distance and not pick up or hold any of the marine life that you encounter underwater. Even if you don’t mean to cause harm, the pressure difference between water and air can squeeze an animal to death. Also, touching animals underwater can disrupt the natural ecosystem and can cause you harm as well. There are many venomous fish in the sea. The stonefish is the most venomous in the world! Avoid Single-Use Plastics Using plastic products only once is wasteful and detrimental to the environment. Many travelers use plastic bags because they are convenient, but these bags end up in rivers and oceans, where they eventually break down into microplastics that threaten marine life and ecosystems. And when on vacation, many divers choose to drink some tropical drinks. They often come with a straw. Straws are extremely harmful for marine life—especially turtles as they may end up in their nostrils. Skip the straw or travel with a reusable metal one. It is important to pick up and properly dispose of any because plastic waste in oceans or shore you may find. They can be harmful to marine life. For example, there have been cases where sea turtles have eaten clear plastic bags thinking they were jellyfish–and died as a… Read More »How To Be a More Sustainable Diver? 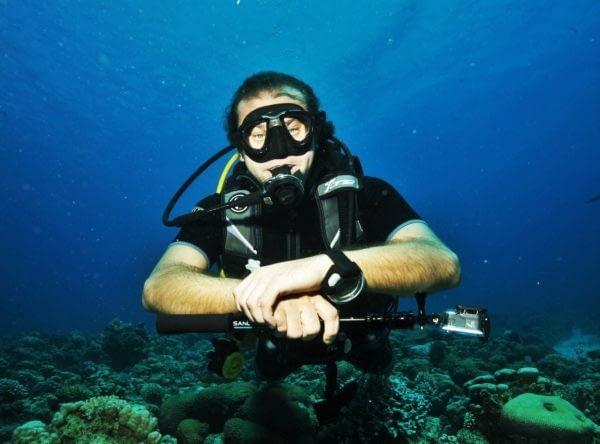 Scuba Skills Every Diver Should Master

In the world of scuba diving, to become a certified diver, you need a lot of training. If you are interested in exploring the art and science of scuba diving, try to learn the following skills before venturing into deep waters. Understand How to Enter the Water Properly Knowing how to enter the water safely is one of the most important scuba skills every diver should learn. If diving from a boat, some divers choose to enter the water standing up, while others prefer sitting down. If diving from shore, be sure to look out for slippery algae-covered surfaces as well as large rocks. Falling with all your equipment on is not an enjoyable experience. No matter how you enter the water, make sure you have your gear on and that it has been checked thoroughly before “buddy check” with your partner. You also need to know how to get back into the boat or onto land if things go south during your dive. Wear Your Mask with Ease When diving underwater, the mask can become foggy or even dislodge itself from its proper position. Knowing how to remove and replace your mask with ease is one of the most important scuba skills every diver should master, as it can save your life when you’re on your own in open waters. Buoyancy Control This is one of the first skills that divers learn, but it is one they need to continue to practice throughout their diving career. Good control allows divers to swim with ease, whether it’s… Read More »Scuba Skills Every Diver Should Master 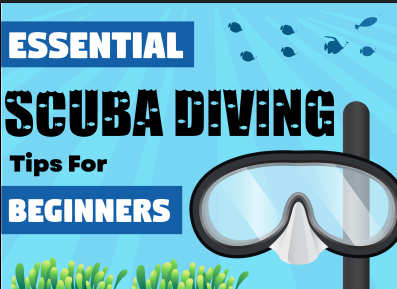 Going on your first scuba dive trip? Here are a few scuba diving safety tips for you! Want to get more safety tips? Click here. 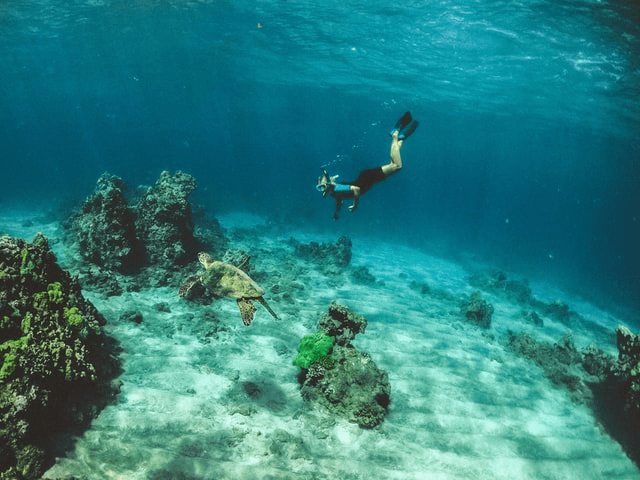 Snorkeling In Aqaba: A Guide for a Coral Reef Adventure in the Red Sea

Snorkeling and diving are two of the best ways to explore the beautiful, colorful world of coral reefs. The city of Aqaba is heaven for snorkeling enthusiasts as it boasts some of the most spectacular coral reefs in the world. Read about what to expect from this great destination. About the Place The Red Sea is popular for its rich marine life, and snorkeling in Aqaba will give you a chance to explore the mesmerizing underwater world. Aqaba’s pristine and calm turquoise waters are home to thriving marine life and a stunning coral reef system, which add a splash of vibrant colors underwater. There are hundreds of species of fish and coral, providing an exquisite array of colors and shapes. By planning a snorkeling trip to Aqaba, you might even spot some rare species like whale sharks, dolphins, sea turtles, and seahorses. There are many snorkeling sites in Aqaba to choose from. You can go snorkeling at night or during the day and have an adventure among coral reefs and colorful fish like parrotfish and clownfish. The place offers spectacular views of coral reefs. Experienced snorkelers and scuba divers will enjoy exploring these reefs, while beginners can enjoy reef-viewing from the boats or in shallow waters near the shoreline. What Gear Do You Need? All you need is the basic snorkeling equipment, including a mask, fins, and a snorkel. However, you may also need a wetsuit, depending on the season and the water temperature. Apart from that, you may need an underwater camera if you have one because… Read More »Snorkeling In Aqaba: A Guide for a Coral Reef Adventure in the Red Sea 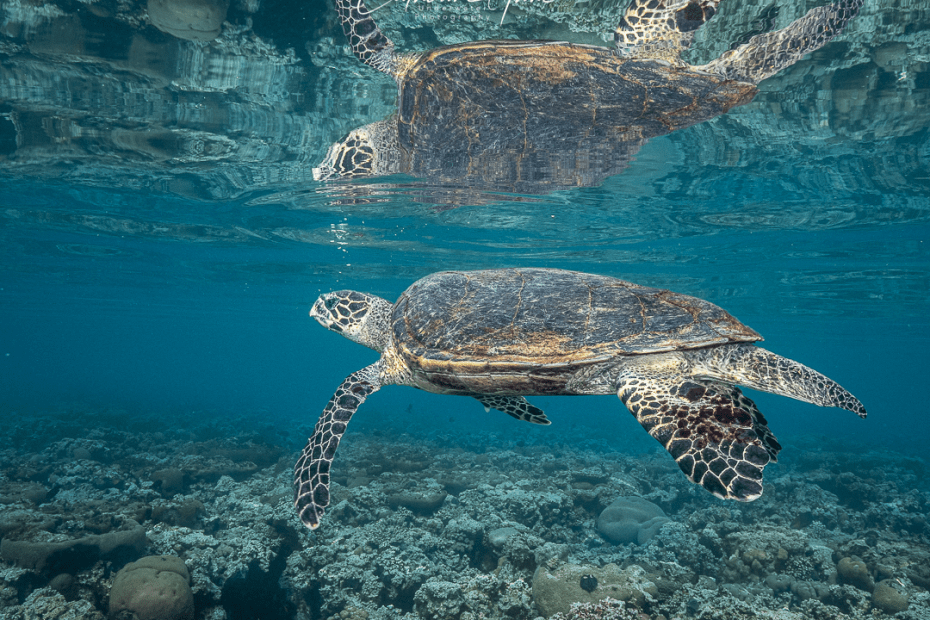 Aqaba IS a Scuba Destination—Not An Add-on!

Aqaba is one of the few places on earth where many people would consider diving. However, you may have never considered it before. The city of Aqaba has a fantastic coastline on the Red Sea, where there is a wide diversity of coral and marine life not found on many of the world’s beaches. Scuba diving is a major source of tourism in Jordan, and tourists mainly come for scuba adventures; thus, there are many diving centers. Following are some of the top reasons you should consider visiting Aqaba for scuba diving and staying for several days to enjoy it all. Great Weather for Diving Year-Round Summers in Aqaba are lengthy, hot, arid, and clear, while winters are chilly, dry, and have some cloud covering. The temperature ranges typically from 50°F to 103°F throughout the year, with temperatures rarely falling below 45°F or rising over 108°F. The best periods to visit Aqaba for warm-weather activities are late April to mid-June and mid-September to early November. But many people, especially those from Europe, enjoy winter diving as the water temperature usually doesn’t drop below 68°F. The maximum water temperature is 80-85°F in the summer months. Marine Life at its Best Aqaba is home to more than 500 different coral species almost 1000 different fish species, including clownfish, butterflyfish, angelfish, and over 900 different shellfish and crabs. Hundreds of small, beautifully colored fish navigate through a maze of coral layers. There is a huge variety of hard corals such as cabbage and staghorn coral. And interspersed among all the hard coral… Read More »Aqaba IS a Scuba Destination—Not An Add-on! 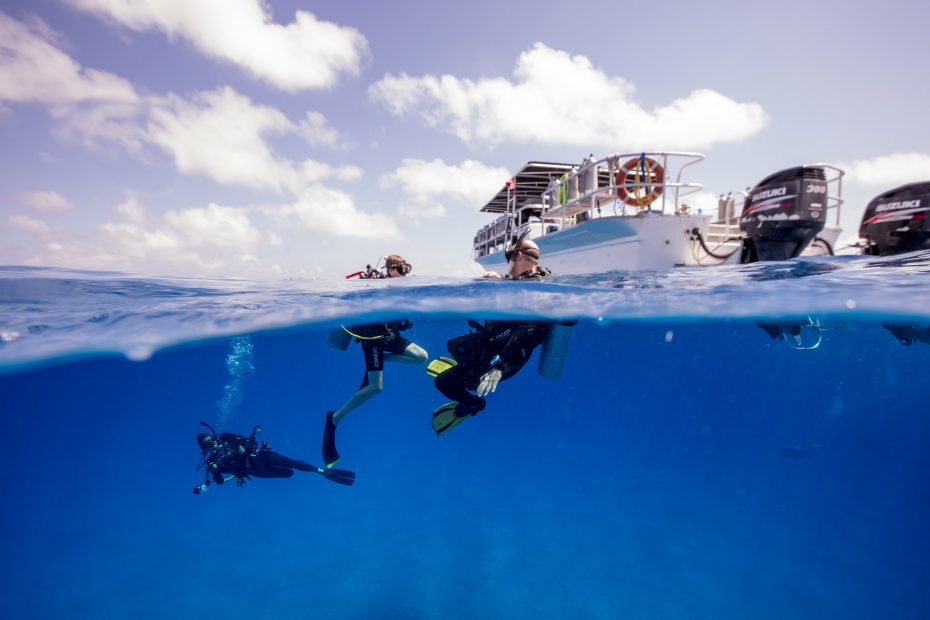 3 Reasons Why You Should Go on a Family Diving Adventure

If you are looking for ways to reconnect with yourself and your family, it’s best to take the sea route for a scuba diving adventure. 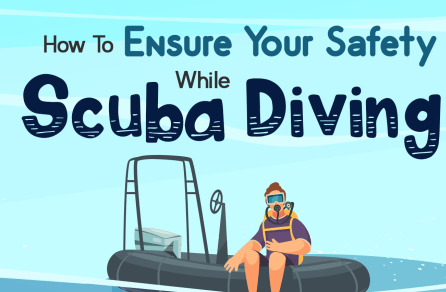 Ensure Your Safety While Scuba Diving 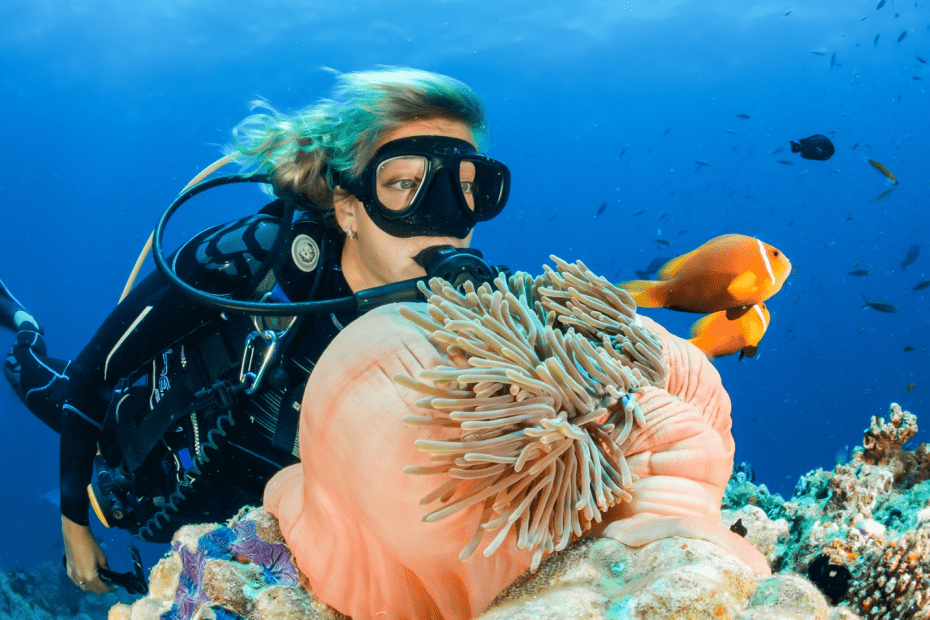 Why would I want to open my horizons to a world that resides underwater? Why not, my friend? Every man who has dived deep into the sea has discovered a magical realm under the surface where they felt weightless and could sensationalize breathing. Scuba diving is an illustrious sport that allows divers to discover marine life up close and personal! Here are all the more reasons to get out there and try diving just this once: 1. The Calm (After the Storm) Are you tired of running back and forth, juggling endlessly between online classes, work-from-home meetings, and house chores? It’s time to mute the background noise by escaping deep into the waters, where all you hear is the sound of your heart beating to keep you alive in this very moment. Diving gives you the perfect time for a digital detox as it blocks out the distractions, kicks away the stressors, and promotes healing instead. 2. Appreciate What Your Mama Gave You This one is for Mother Nature; no man on Earth can resist the glory of the underwater flora and fauna. Besides, the Earth is more water than land — so why would you want to leave without exploring the underwater territory? 3. An Easy-to-Learn Sport Contrary to all the rumors floating around the water sport, scuba diving is, in fact, a fun activity that only requires understanding the basics of being underwater. Thereupon, you can take the plunge yourself into different parts of the world! If you perform this activity with your… Read More »3 Reasons Why You Need to Try Diving at Least Once in Your Life 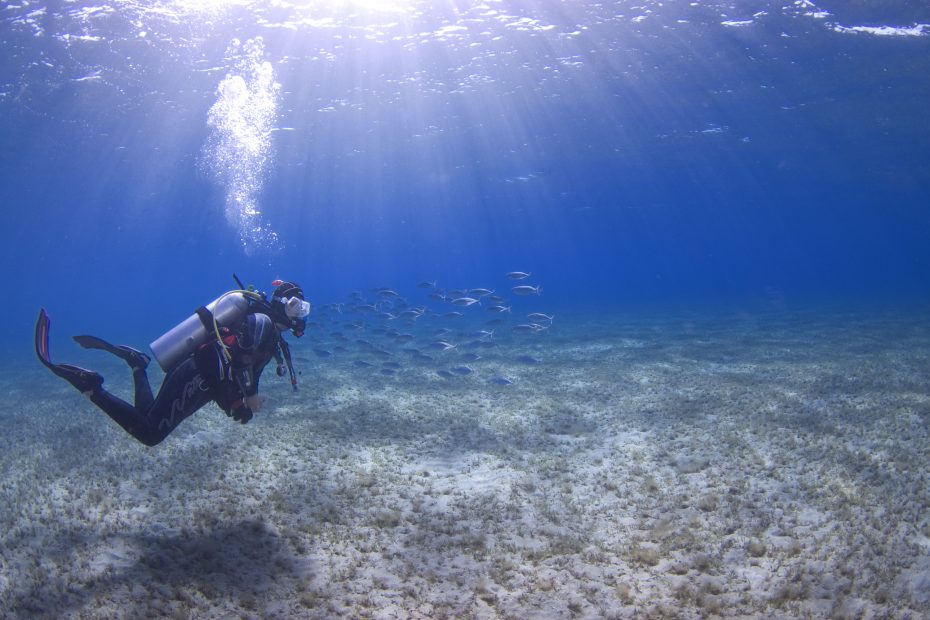 What’s keeping you from discovering the magical realm lying below the sea surface? Here’s making things a tad bit easier for you by decoding myths. 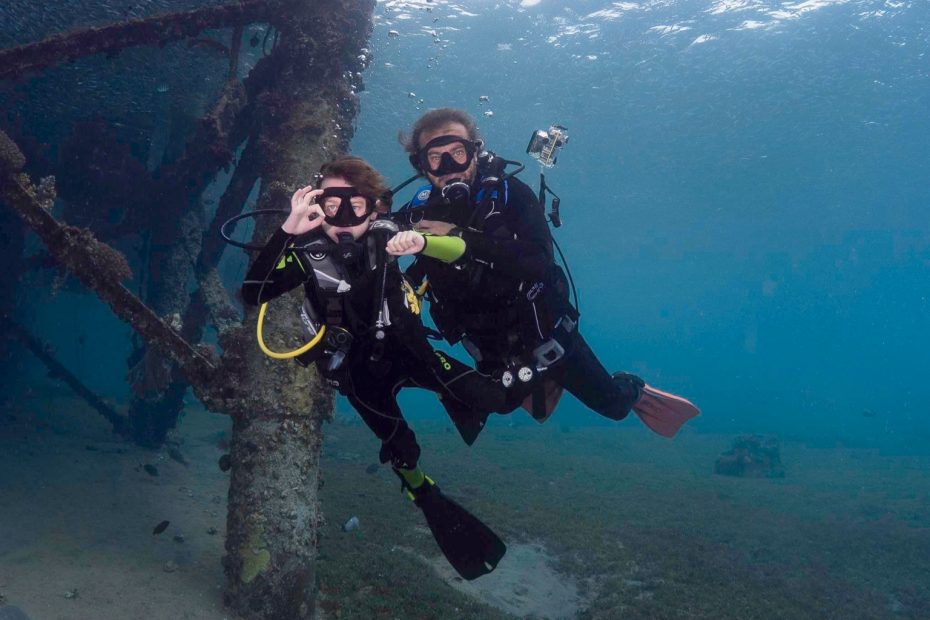 How to Choose a Great Diving Operator

Have doubts about selecting the right scuba diving operator? Here are some tips to help you decide better!